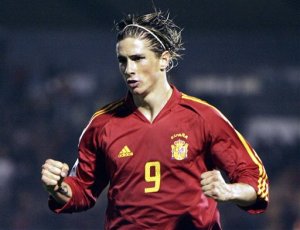 Okay, I realize I’m a bit late to the party here but at least I got this out a few hours before kickoff.

Today, the United States of America (U.S.A. if you’re into that whole acronym thing)  will be squaring off against Spain in the confederations cup semi-finals.  USA. is currently ranked 14th in the world with Spain ranked as the top team in the world.

In an effort to get this article out before kickoff I’ll make this short, which will be a relief to 99% of the readers who have read up to this far and probably have no idea I’m discussing a soccer match.

–         Get the ball to Donovan/Dempsey in space.  These are the only players on the US team that can even compare in skill level to the Spanish team.

–         Do not force the ball to Altidore.  The Spanish have an extremely talented team.  They will cut Altidore out of the game if USA gets into its usual attacking style of kick the ball to him and running after it.

–         Play the quick attack.  This is by far the most important for USA if they are to have a chance.  USA cannot sit back and try and play possession.  They need to catch Spain off balance and not let them settle into defense.  USA pulled it off vs. Egypt and they will need to do it again today.

–         Play the ball through the midfield.  Fabregas will be able to move at will with the ball in the midfield.  This is an area of weakness for the US and an area of strength for Spain, leaving a great matchup to exploit.  Fabregas is arguably one of the top midfielders in the game right now, with the ability to create something out of nothing at will.

–         Possess the ball.  The disparity in talent between the 2 sides is staggering.  If Spain is able to sit back and play its classic possession style of attack, there will be no chance for the US to initiate it’s quick strike attack style.

–         David Villa is probably the 2nd best player in the world right now, and paired with Fernando Torres, makes this Spanish team able to score on any possession.  Get the ball to them and do it often.

This entry was posted on Wednesday, June 24th, 2009 at 12:57 pm and is filed under Soccer. You can follow any responses to this entry through the RSS 2.0 feed. You can leave a response, or trackback from your own site.